I help parents reduce their stress and worry and find their inner calm no matter what challenges they face. I love respectful relationships, unschooling and joyful wellbeing. 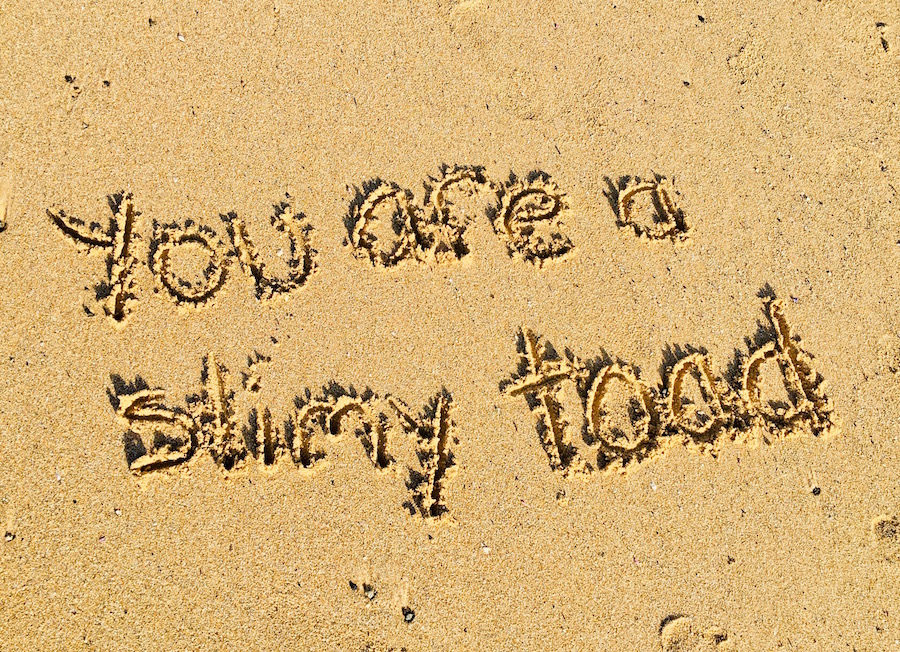 “Sticks and stones can break my bones but names can never hurt me.”

Let’s skip over the “sticks and stones” bit for the moment. That’s for another day.

Names can never hurt me.

Wouldn’t that be a wonderful way to live?

That’s how we all used to live when we were very young, before we learned a language. There was awareness and perception of sound, light, touch and physical sensations. There was crying, shaking and smiling, but no words and no emotional pain. They might cry at the loud noise of a shout but a baby can’t be offended or hurt by the words that are spoken.

Then we learned our name and were taught that we are separate from everyone else. We were taught the meaning of lots of words and which ones were supposed to hurt us.

Then one day someone said something to us and this thought came into our head: “They said something nasty. They hurt me.” Then a surge of emotion begins. That is the beginning of emotional pain that can visit us again and again; sometimes for a lifetime. I’m sure you recognise it.

This emotional pain was a frequent visitor in my life for as long as I can remember. Then awareness began to grow about what was really happening in the mind and the painful reactions began to drop away.

The emotional pain we feel as HURT gets linked in memory to the thought “They hurt me” and we believe the pain has been inflicted on us by the other person. We begin to fear being hurt again. Often this pain lingers in our body as we have been taught to suppress the natural movement of emotional energy that we experienced as young children. Over time we develop a “pain body” of unresolved hurt that gets stirred up by certain words.

In truth, it is never the other person that has hurt us. It is the belief “they hurt me” that brings the pain. All of it.

You can test this for yourself.

Think of a time when you believe you were hurt by what somebody said to you. Can you put aside the thought “they hurt me” for a moment? Maybe write it on a piece of paper and leave it to rest on a table for a few minutes. Then turn your attention within and notice any emotional energy that is within your body. Just observe it; without labels, words or thoughts. Do you notice it shift and subside after a while?

Emotions are movements of energy – they flow. The “emotional signature” that we label as hurt, sadness or rejection will change and die away, unless it is kept alive by the repetition of the thought “they hurt me”, “they shouldn’t have said that”, “they don’t love me” or any of those other associated thoughts.

If you hear someone say words that you have learned are “hurtful” or “insulting” and you don’t think “that hurts me” then you don’t feel any emotional pain. That’s what people mean when they say “don’t take it personally”. If you don’t believe the words can hurt you then they don’t.

If you have pain stored away from your childhood it can take sustained attention before the painful emotions move through you. The work of teasing apart the thoughts and the feelings and releasing the grip of the pain body can be assisted by outside help. It’s not something that you have to do on your own.

If you want to live without being hurt by what other people say, it really helps to find other happy souls that don’t believe that they can be hurt either. I’ve sought out spiritual teachers that remind me of this truth, as it’s easy to fall back into the old, conditioned beliefs of conventional thinking. Sometimes wisdom shines through conventional thinking too, like when you hear that old phrase about sticks and stones.

I’m not saying that I won’t ever feel hurt or insulted again by what somebody says, but when it happens, I know where my attention will be directed. I’ll be focused inside, letting the light of awareness bathe the swirl of emotions – not on blaming someone for hurting my feelings. At least, I hope so.

“Sticks and Stones” is an English-language children’s rhyme. The rhyme is used as a defense against name-calling and verbal bullying, intended to increase resiliency, avoid physical retaliation and to remain calm and good-living”  Wikipedia.