Will my unschooled child ever learn to read?

Do you have a child who is “late” to learn reading and/or writing by school standards? Do you worry about it?

Do you try and push your child to do more reading or writing?

Is it a source of stress or conflict in your relationship with your child?

If the answer to any of these questions is Yes, I’d like to tell you a little story. Not to brag. Just to encourage you to question your fears about your child’s learning and to trust in the process of self-directed learning (if that’s what you want to do).

END_OF_DOCUMENT_TOKEN_TO_BE_REPLACED

Why I chose unschooling

Posted by Freya Dawson on
· 2 Comments 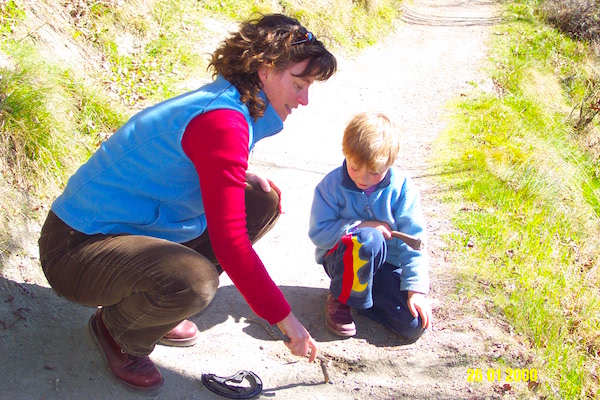 I didn’t really choose unschooling – it chose me.

It arose out of a desire for freedom. I wanted my children to have freedom in their learning and their daily life and I wanted freedom from the role of education-controller.

When we started unschooling 15 years ago it felt like I was walking blindfolded through a forest. I was scared I’d get hurt or fail, or somehow “ruin” my children’s lives.

I didn’t know it then, but unschooling gave my children the freedom to learn in their own way and in their own time; to explore, create and play according to their own curiosity, interest and inspiration. They were free to choose who they wanted to play with and to stay close to me for as long as they liked. Rather than conform to the school curriculum or even any agenda of mine, they were able to follow their own inner compass.

I didn’t know anything about unschooling when my children were very young. In fact, home education wasn’t on my radar. I’d never met a homeschooling family and I was unaware of the Australian home education community. I was led into unschooling by my eldest son and by the whispers of my heart.

When my eldest son Jeremy was 4 years old I had a new baby and I was on maternity leave from my job as a lecturer in the law faculty of the University of Wollongong. Jeremy was attending a local “mainstream” preschool two days a week. He had resisted going to preschool since he started at the age of three, but I had persevered because I wanted to keep working. Some days he went to preschool happily and other days there was lots of crying when it was time for us to part. He had a few friends there and he was happy when he was playing with them in the preschool yard, but he didn’t like the more structured time indoors where he was told what to do more often. He often had a big meltdown when he got home from preschool, as if he was releasing a whole lot of stress that had built up during the day.

END_OF_DOCUMENT_TOKEN_TO_BE_REPLACED

Just listen – even though it’s hard. 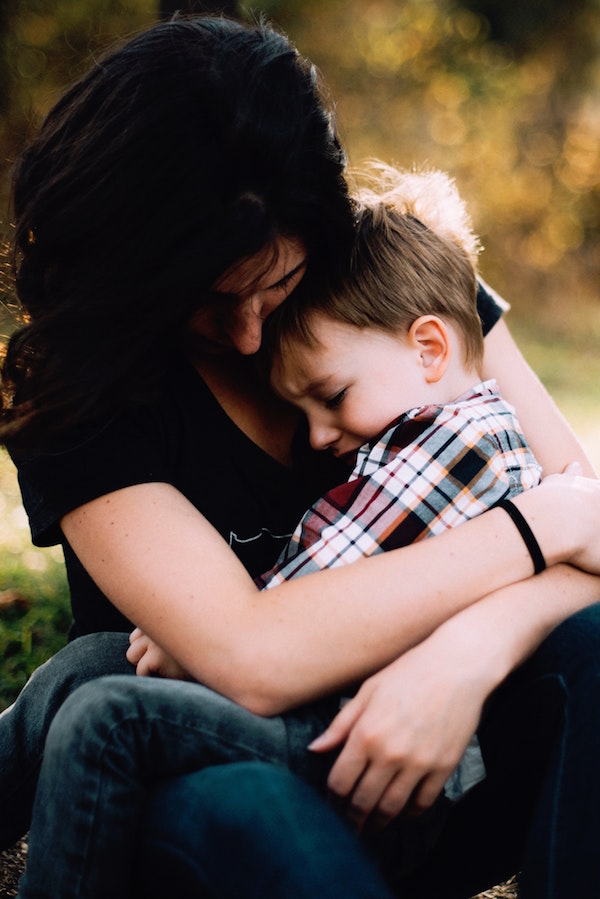 We are obsessed with trying to fix problems. Especially with our children.

Have you noticed that when your child gets upset or scared that you leap in with advice or try and fix their problem?

Have you noticed that when YOU are upset or scared that you dislike it when someone tries to fix you?

I’m keenly aware that I would much rather someone just listen to me. When I can speak freely about my fears, anger or frustrations without someone trying to fix me it’s a precious gift. There is something very special about getting our private and troubling thoughts out in the open with someone who can simply hold the space and listen without reacting.

END_OF_DOCUMENT_TOKEN_TO_BE_REPLACED

CREATE A BUBBLE OF FREEDOM FOR YOUR FAMILY

If you have sensitive, free-spirited children like I do, then you know that rules and restrictions create problems.

If you place yourself in the role of the controlling parent whose job it is to make and enforce the rules you create a lot of conflict and emotional pain. You’re also going to be the one inflicting punishments and “consequences” and I bet you know how awful that feels.

But what happens when you get hemmed in by rules imposed by others?

We live in a society with law-making processes and enforcement through punishment. It’s stressful to live in fear of punishment, so I aim to follow the law or at least to find a way to live in harmony with it.

Living in harmony with the law doesn’t have to mean the end of freedom in family life.

For over 15 years I’ve lived with my husband and two sons in a “family bubble” of freedom, play and learning.

END_OF_DOCUMENT_TOKEN_TO_BE_REPLACED

My deschooling journey: how I came to love home education. 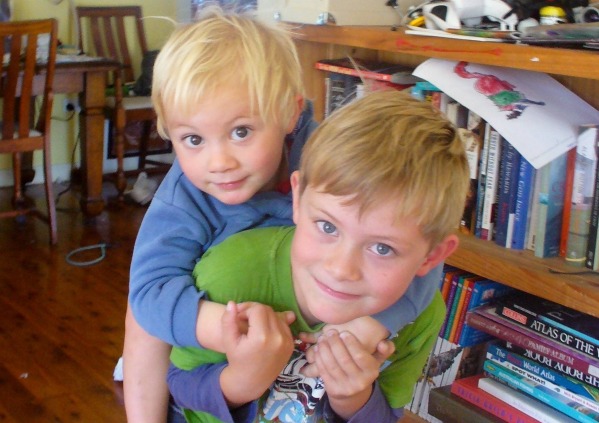 I’ve been a home educator for a long time now. At the time of writing my eldest son is 18 and my youngest son is 14 and they’d both been home educated their whole lives, until my eldest son decided to try out high school when he turned 17. It’s been a very interesting, and a times challenging, home education journey and I’ve done a lot of deschooling over the years. This article is going to be about my process of deschooling over that long period. I’ll also be sharing the tool that I used to question my thinking and to dissolve my school mindset.

Starting from the beginning……..

I have a very “schooly” background because I come from an academic family. My Dad was a university professor, my Mum taught at university and I had a university education myself. I taught at university before I had children. So it was a very academic environment. Obviously, the “academic” type or style of learning was very highly valued in my family. I had kids quite late when I already had a career teaching Law. I had my eldest son when I was 35 and he changed SO much in my life. I’d never been more in love and I’d never been more emotional and sleep deprived.

Things changed even more when my son got to four years old. That was when he dropped out of preschool. He had been enrolled in preschool two days a week and had enjoyed it, but it had always been quite stressful for him. He’d started to have really big meltdowns after preschool and to resisting going and it was getting very stressful. When he was four and a half, he just refused to go anymore. He told me he just wanted to stay at home with me and his little brother. I was left thinking, well, what do I do now? I can’t get him to go to preschool. How’s he going to fit into a school environment?

END_OF_DOCUMENT_TOKEN_TO_BE_REPLACED

How to live well and prosper: life skills that adults and children can learn together. 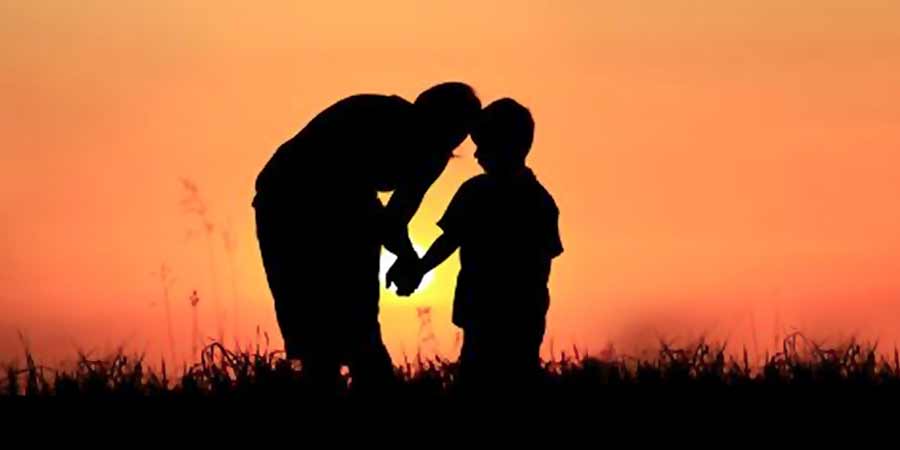 I am absorbed in an adventure. It is a wild, challenging, unruly adventure that takes place every day in my own home. It is an adventure in learning.

When my family of four embarked on our home education journey over ten years ago my attention was largely focused on the sort of learning that is emphasized by schools and mainstream culture. I was curious and sometimes worried about how my two boys were going to learn to read, write, calculate with numbers and absorb the vast canon of knowledge that is considered fundamental to the task of “getting on in the world.” These matters still occupy some of our time. We enjoy exploring new skills and learning facts about the world. And yet, I think about this sort of learning less and less as time goes on.

The type of learning that fascinates me now is the kind that I am engaged in at much the same level as my children. We are learning alongside each other every day. And what we are learning is far more important to us than the skills and facts of the school model. The focus of our learning is our own wellbeing and purpose in life. It is about discovering the joy of living a unique, precious human life to the very fullest.

The most important thing that we are learning about is ourselves.

We are exploring what excites and delights us most of all:
What do we desire more of in our lives?
What sparks our curiosity and urge to explore?
What can we do today that will give us enjoyment and satisfaction?
What comes easily for us?
What are the gifts that we bring to this life and to those around us? END_OF_DOCUMENT_TOKEN_TO_BE_REPLACED

Life is just so exciting 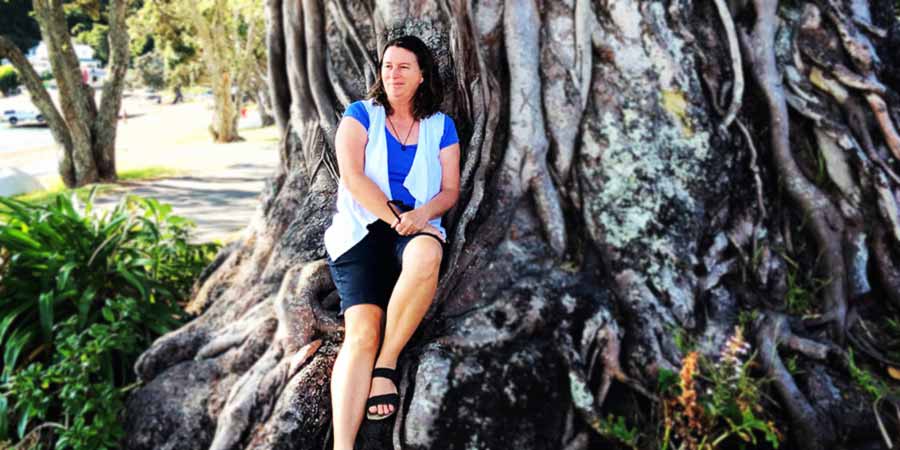 There is a whole lot happening in my life at the moment and I want to let you know about it.

The BIG news is that I have finished writing my book “Being with Children in Peace, Joy and Freedom: A Book of Skills and Resources for Parents.”

After five years of not being particularly interested in my writing project my husband has finally agreed to read the book, give me his comments and correct my hopeless grammar. Once I have made a last round of corrections I will be moving full-steam into the process of publication. I am SO excited to be this close to having a book to share with you.

END_OF_DOCUMENT_TOKEN_TO_BE_REPLACED

I have learned so much about myself from my children

I love to bask in the vitality and joy that my children beam out every day. I love to see how much they are enjoying life, learning and achieving their own goals. But it has not always been so rosy.

What I have seen in my children has also been confronting. There were things about them that I simply didn’t like. There were behaviours that I struggled with and dearly wished to see gone. What I have come to see clearly is that these aspects of my children that I disliked were things that I had not been able to accept in myself.